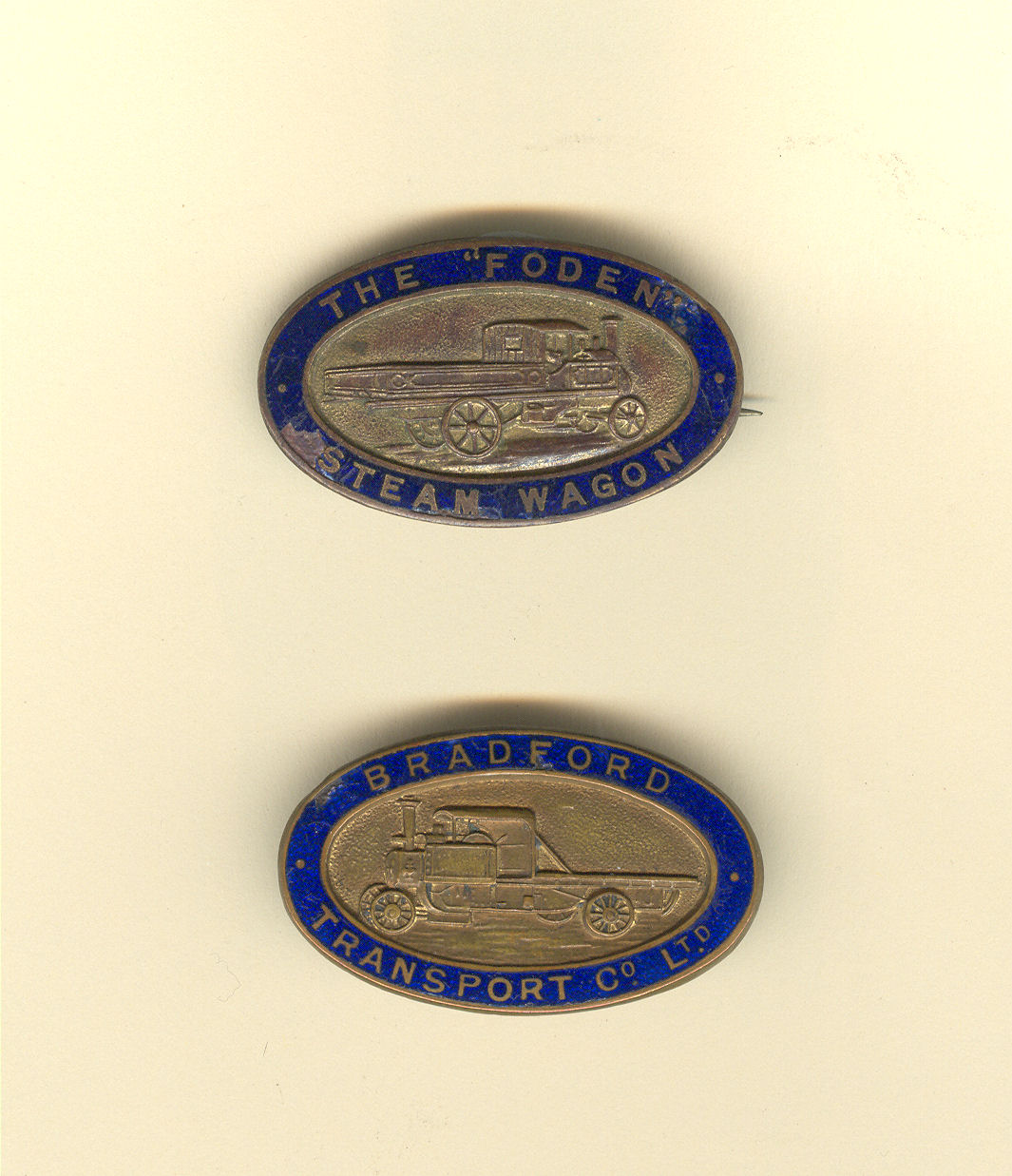 Some time ago I purchased a small brass badge/brooch produced by Vaughton’s Ltd of Birmingham. It is elliptical, 1 ¾” long and 1” high and depicts an overtype steam wagon facing to the left side of the badge. There is an enamelled blue border that bears the legend “Bradford Transport Co. Ltd.”.  At a glance, it appears to be an early Foden steam wagon badge but the wagon depicted on the Foden badge is a rear three-quarter view and the wagon is facing to the right.

Until seeing the badge I had not been aware of the Bradford Transport Co. Ltd. and assumed that they must have been a sizeable undertaking to be able to afford the luxury of providing lapel or cap badges. Consultation of the County list for Yorkshire (West Riding), compiled by the late Alan Duke, revealed that the Bradford Transport Co. Ltd. had premises at 200 Nelson Street, Bradford. The company had been registered on 4th July 1912 and was voluntarily wound up at some time around November 1914. During this period they had purchased seven new overtype wagons; six 5 tonners from Fodens and one from Alley & MacLellan (Sentinel). It is possible, but unlikely, that Alan Duke’s records are incorrect in listing the Sentinel as a 5 ton overtype since Alan was diligent in his researches and meticulous in his record keeping. It would be interesting to know how the very rare Sentinel overtype compared with the Fodens working in the hilly district around Bradford. The first wagon listed was a Foden purchased in August 1912 and the subsequent wagons had fleet numbers 3 to 8, suggesting that the company had owned one further wagon, possibly a second-hand one when it commenced trading.

Unfortunately the wagon depicted on the badge is not a Sentinel overtype since Sentinels were right hand steer and the flywheel was on the right hand side.

Without any further information one must speculate as to what had caused the demise of the firm in such a short period of time. Could it be that the company had been launched with illusions of grandeur and the anticipated trade did not materialise? Or was it that the commencement of the Great War robbed it of its employees or the principals of the company?

I would be pleased to hear if anyone has any further information concerning this company.