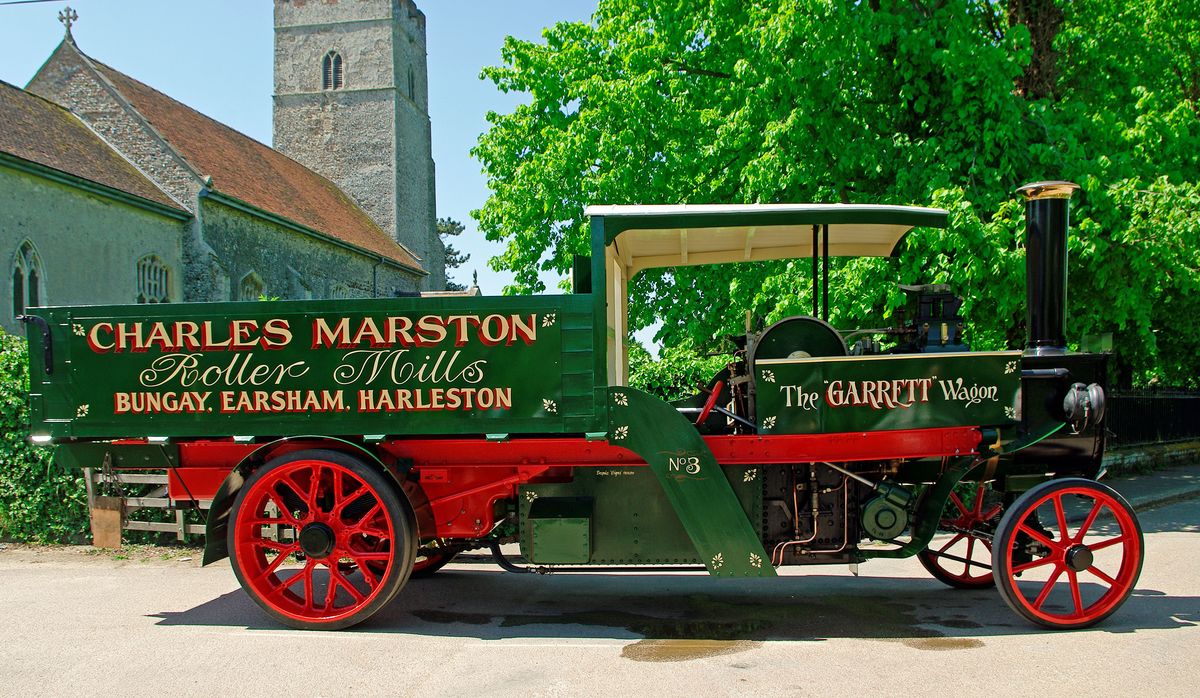 Supplied new on June 4th 1912, No. 30826 was the eighth 3 Ton Overtype Wagon built by the Suffolk firm out of a total of 147 of this type. The wagon was for Charles Marston a miller of Bungay, Earsham and Harleston on the Norfolk/Suffolk border, and was driven there by road. Garrett’s supplied a driver to stay with the wagon for the first two weeks and train the crew - George Wilby as driver and Jack Mayhew as fireman. The cost was £500, with a 10% discount if paid within 30 days of the invoice date, and an extra £100 was paid for rubber tyres. Marston must have been pleased with the wagon as in October 1914 he purchased a second wagon from Garrett’s, this time a 5 Ton model, No. 32504, registered BJ 2313 . In September 1918 30826 returned to Garrett’s to have the rear wooden artillery wheels changed to cast metal wheels which also required a new axle and braking system. The wagon worked for the company until 1920 when it was sold through George Thurlow of Stowmarket (Garrett Agents) to George Cooper & Sons of Needham Market who were also millers. In 1921 the wagon passed to Robert Gray of Ipswich, a Showman, who sold her on in 1924 to William Stringer & Co. of Norwich who were Motor Engineers and also ran a Garrett Tractor, No. 32335. In 1925 the wagon was sold to Taylor Bros. of Wimbish, Essex who used the wagon to cart road stone and sugar beet amongst other things. The wagon was used by them for several years and was partially scrapped in the mid-late 1930’s with the chassis and rear axle assembly surviving as part of a shed. In 1975 Ken Frost acquired the parts for restoration and in 1998 they passed to Pat Jenkins. Purchased by the present owners in 2002 who embarked on the extensive rebuild and restoration of this unique wagon with much help from friends. Via an appeal for parts that may aid the restoration, Colin Knight came forward with some original Garrett casting patterns, and all missing patterns including the cylinder were made by Terry Young. Mick Cox took on the challenge of machining all the new parts.

Owned by The Worbey Family 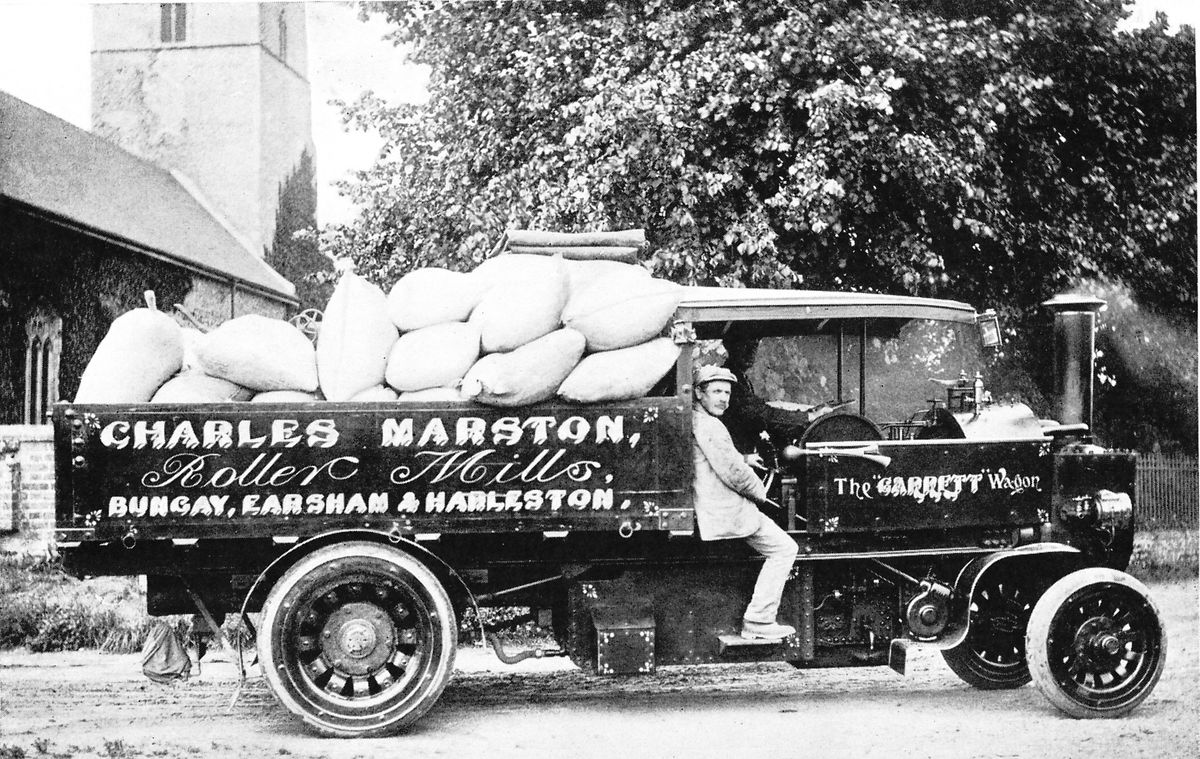 The following testimonial for 30826 is from a Garrett Catalogue.